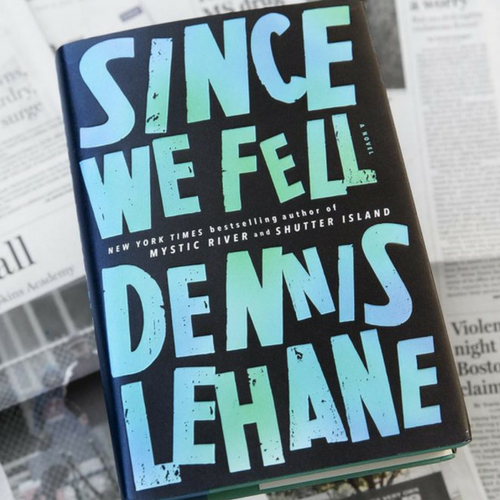 “We live in a world of disposable memory, nothing’s built to last, not even shame.”

Rachel Childs was the next big TV news star. Until she wasn’t anymore. And nothing was ever the same.

Meet Rachel. Her mother is an overbearing one, a best-selling author of relationship advice with scant romantic success to her name. Her father is non-existent, a ghost of a man who left while Rachel was still in the womb–a man her mother refused to acknowledge or introduce. Her husband is an emotionally distant man who cares about image over attachment. She is a hard-working reporter and, like most of us, is a little bit damaged, no thanks to the people in her life.

While covering the aftermath of the earthquake in Haiti, Rachel finds herself stretched a little too thin, with too many people watching her fall apart. Finally, after a particularly brutal experience that haunts her for the rest of the story, Rachel reaches her breaking point. Unfortunately for her, it happened on live television and went viral within a matter of minutes. She’s forced to return home to Boston, to a marriage that’s unraveling as quickly as her breakdown went viral and to a career that stopped existing as soon as the camera cut off.

There is a silver lining to her trouble: a wonderful man named Brian who always happens to show up when she needs him most. She first met him while she was trying to find out the identity of her father, then again after her breakdown in Haiti. He was the glue she needed to mend her life, until–you guessed it–he wasn’t anymore .

One rainy afternoon, Rachel happens to see a man that looked strikingly similar to Brian enter a hotel in Boston–but it couldn’t have been Brian because he was on a flight to Europe. Wasn’t he? And so starts the mystery. Does Rachel know who Brian really is? Does she trust herself enough to do what it takes to find out?

All in all, I enjoyed Since We Fell. It was a little slow at the beginning and a little choppy at times, but the story kept my attention. I’ll be honest — I found Rachel to be a little annoying. She’s agoraphobic, which took up a lot of real estate in the book, and her internal struggles started to get repetitive after a while. The action at the end of the book was a little WTF and I wanted to punch everyone in the face at one point, but it was a fun read. Even if I wouldn’t want to be friends with any of them.

My favorite scene: After Rachel thinks she sees Brian in Boston, she concocts a scheme to find out what’s really going on with her husband. She rents a car and follows “Brian” across the city, weaving in and out of traffic, imagining all the horrific scenarios that could explain who this man is. Her chase leads to more questions than answers, but it’s a fast-paced, c’mon-just-tell-me-who-this-guy-is sequence that serves as the jumping off point for most of the book’s action.