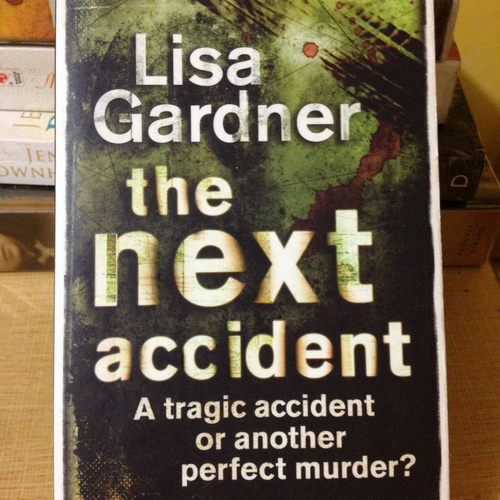 “We’re all looking for something to believe in, and someone to blame.”

After coming to terms with her demons, Rainie Connor left police life behind in Virginia and made a new home for herself as a Private Investigator in Portland. As she begins the process of figuring out how to actually make a living as a P.I., her old pal Quincy shows up on her doorstep. Quincy’s daughter, Mandy, has been on life support ever since she drunkenly wrapped her SUV around a tree, killing a pedestrian in the process. Quincy, though, doesn’t think Mandy’s accident was, well, an accident. And he’s going to prove that to the world, with Rainie’s help.

Mandy was an alcoholic — there was no denying that. But she was on the wagon, according to all of her friends. So how did she end up beyond drunk at 5AM on a remote road no where near her house? As Quincy and Rainie start to zero in on the answer to that question, Quincy’s life takes a turn for the unexpected. His ex-wife, Bethie, begins seeing a man who can only be described as “perfect” — and who happens to look exactly like Quincy in the moonlight. His remaining daughter Kimberly, still reeling from the death of her sister, is following in her father’s profiler footsteps in New York, though it quickly becomes apparent that she’s not safe there. His dementia-ridden father is checked out of his full-time care facility by a man masquerading as Quincy. Someone is taunting Quincy and they have to figure out who–and why–before they become the next victims.

The Next Accident is the third installment of Lisa Gardner’s “FBI Profiler” series and it is a dark and twisty masterpiece. There are a lot of different angles in this one and a lot of long-held grudges to keep track of, but it’s not an impossible task. Gardner weaves doubt through the whole novel about Quincy’s innocence in the deaths of his family in a way that is both infuriating and intriguing. The book is suspenseful, gory, sad and hopeful–and I loved it, of course. Another winning read from my girl L.G. —  you go, girl!

My favorite scene: Bethie is meeting her handsome stranger for dinner and is giddy about the prospect of dating again. Her giddiness turns into something much more after her stranger showed her his scar, a scar her received as a result of a kidney transplant — Mandy’s kidney. It’s an incredibly emotional scene that showcases just how heartbroken Bethie is over the loss of her daughter and how lonely she is after the loss of her family. Up until now, we’ve only seen Bethie as the over-bearing mother who can’t face reality. Now, though, we get a glimpse of her as a grieving human. If only we had more time with her…